Unrestricted nature at the Giershagen plant

Everyone in Giershagen knows the Diemel: the river flows close to our WEPA plant. Now it will be restored to its original state.

Naturally flowing rivers in their self-created beds are rare. In the past, the course of rivers was repeatedly shifted and banks were straightened in order to gain arable land or facilitate mining. This was also the case on the Diemel between North Rhine-Westphalia and Hesse: a corset of stone as well as straightening partly turned the river into a water highway. These interventions had harmful effects on animals, plants and the landscape.

This is now changing on the Diemel near Marsberg. The river was renaturalised over several hundred metres and is allowed to flow freely again. To this end, bank reinforcements were removed and gravel banks, deadwood structures and shallow water zones with calmed currents were created, among other things. “Die Diemel entfesselt” is the name of the project, which has been running for several years and is now showing signs of success: biodiversity is returning to the river and its banks.

As a riparian of the Diemel in Giershagen, WEPA has also joined the project and made one of our plots available for further renaturation. Measures on the plot have already started. We are not alone in this, of course: the “unrestricted Diemel” is a project of the Marsberg water association, the planning network for sustainable regional development Planar e.V. and the University of Kassel, which accompanies the whole project scientifically.

We will report on how things are progressing on the Diemel. The results of the project so far can already be seen here (in german): www.diemel-entfesselt.de. 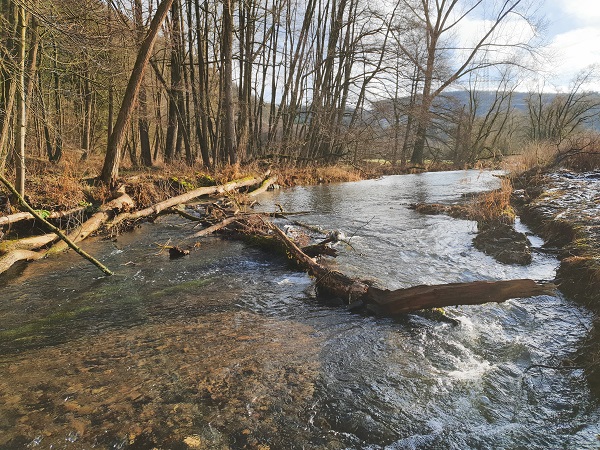 Climate protection: we rely on science …